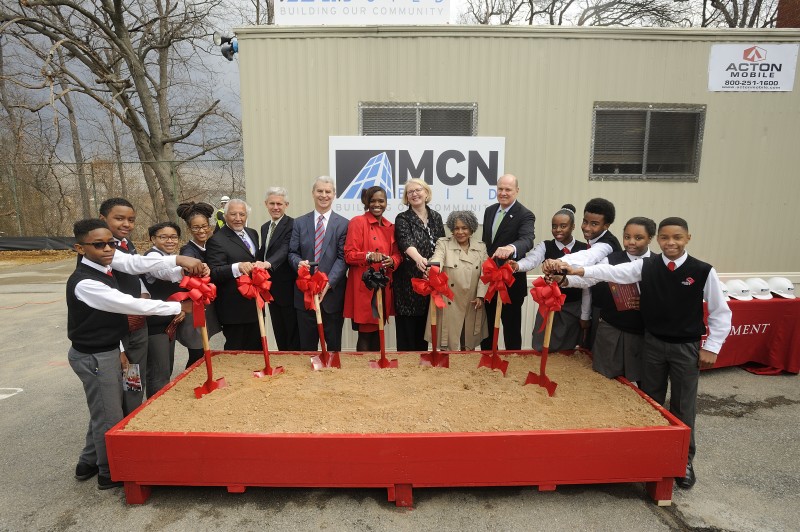 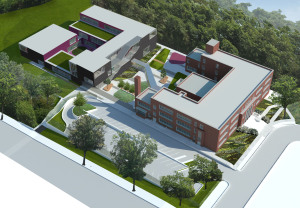 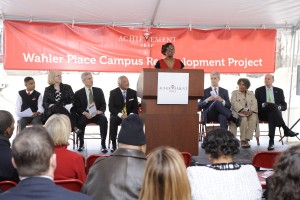 ceremony, acknowledging the continued support that Achievement Prep has received from our guests, all of whom are helping to make the Achievement Prep DREAM a reality. Chairman Green also recognized the dedication to our mission and the vision for our scholars and families that have driven our Founder and CEO, Shantelle Wright. In her speech, CEO Wright shared the history of Achievement Prep, starting in 2008 when the flagship opened to serve just 68 scholars in grades four and five at the Wahler Place Campus, and growing to a network serving 650 scholars in grades K to eight. CEO Wright shared with our guests the challenges that she faced in founding a school East of the 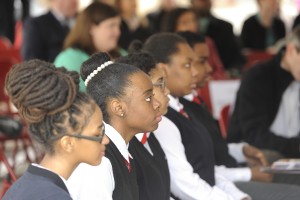 Anacostia River seven years ago and her firm commitment to bringing a high quality school option with high quality school buildings to the children and families in Ward 8. In her speech, she thanked education leaders and partners who have supported Achievement Prep since its founding, and gave a special thanks to the Achievement Prep parents and families who were in attendance and who partner with us to ensure that all of our scholars go to high school, college, and beyond. CEO Wright concluded by turning to and acknowledging the heart of our organization – our scholars – and sharing with them, “This is all for you.” 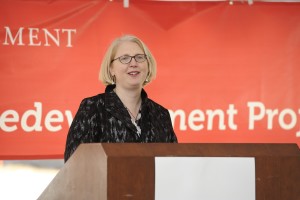 The ceremony’s keynote speaker, Washington D.C. Deputy Mayor of Education, Jennifer Niles, noted that being a part of the groundbreaking ceremony was an honor that brought her full circle with a fellow founding charter leader, noting that her “heart is brimming” about the permanent home for the school.  The Executive Director of the DC Public Charter School Board (PCSB), Scott Pearson, and PCSB Board Member, Barbara Nophlin, each spoke about the positive impact that Achievement Prep has made on the DC charter community. Joe Bruno, President of Building Hope, shared the history of the Wahler Place Campus, originally Draper Elementary School, which first became home to Achievement Prep through the Charter School Incubator Initiative, a partnership between Building Hope and the Office of the State Superintendent of Education. Brian Talley, Accounts and Lending Executive with Bank of America, shared their excitement at being a part of the Achievement Prep DREAM through financing of the project. Closing out the ceremony with a stirring speech, eighth grade legacy scholar and class of 2023, Kevin Akers, finished by stressing the importance of a new building, saying, “We have shown that given the opportunity, we can learn and we can receive one of the best educations in Washington, DC. I can’t think of a community of people that is more deserving.” 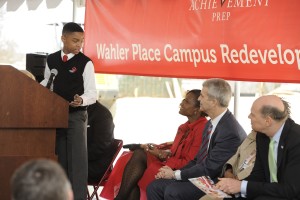 After the speeches, the ceremony concluded with a traditional turning of the sod, where legacy scholars joined the event’s speakers, Chairman Green, and CEO Wright to celebrate the start of construction.

Achievement Prep’s Wahler Place Middle School Campus has consistently received a Tier 1 rating from the DC Public Charter School Board since the inception of the Performance Management Framework in 2011. In 2016, once the Wahler Place Campus Redevelopment Project is complete, Achievement Prep will be able to offer a high-quality Pre-Kindergarten option for families through a partnership with Appletree Early Learning Charter School. In 2016, the school will offer 960 high-quality seats to scholars in grades PreK3 to eight at the Wahler Place Campus, East of the Anacostia River. 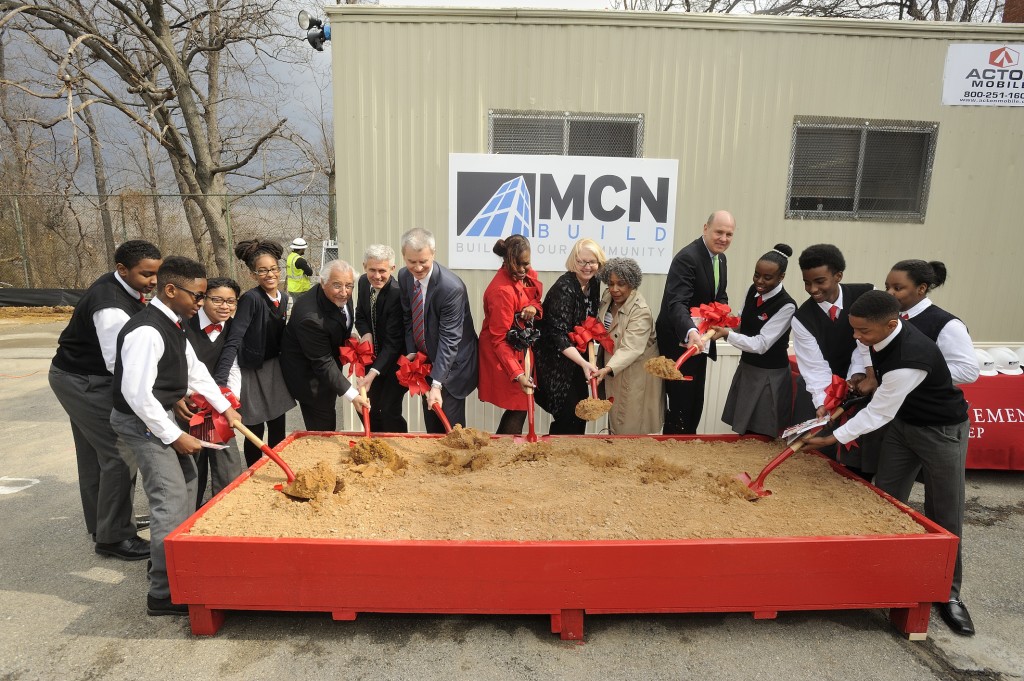 To learn more about the Wahler Place Campus Redevelopment Project, please visit our project page. To see more photos from the event, visit our Groundbreaking Ceremony page for the full slideshow.